You Are HERE::Home/Graphics/DPI and Pixels
Previous Next

For websites, you can forget DPI (dots per inch) exists. It’s a rather useless term for our purposes. Dots per inch by itself won’t tell you the size or quality of an image. If a printer asks you for an image at 300 dpi (a common request), you could send them an image at 300 dpi that’s the size of a grain of rice. Or you could send them an image that’s 72 dpi but is the size of the Goodyear blimp. The only thing that matters is how many pixels wide the image is. It’s kind of like going to the butcher and ordering ground chuck meat for burgers. You can say “I’d like some meat in pounds” or you can say “I’d like some meat in kilograms,” but the butcher will look at you funny because that doesn’t tell him how much. DPI is kind of like pounds/kg. It’s a measurement system, but it doesn’t answer the question, “How big.”

All that matters is how many pixels wide an image is.  A good default for width is 1200 px or so. The average screen width is 1366 pixels.  If you want an image that will fill more more than half the screen, you need an image that’s about 600-700 pixels wide.  http://www.geek.com/chips/most-popular-screen-resolution-increases-to-1366-x-768-1482311/ so anything much bigger than 1200 won’t fit on most monitors.

In Photoshop, you can convert an image that’s 1200 pixels wide from 72 dpi to 300 dpi, but the image won’t be any bigger. It’s like converting a pile of meat from kg to pounds. You don’t end up with twice as much meat. That being said, yes, you can convert an image from 72 dpi to 300 dpi and constrain the dimensions and resample it, but then it’ll just be bigger and blurrier. So that doesn’t really help.

About the Author: Scott See

A born-and-bred New Yorker, Scott lives in White Salmon, WA nestled in the Cascade Mountains. Scott's background includes working in advertising in New York City, as Captain of a 47' sailboat, and as Executive Director of a trade association. Truth be known, he'd rather be snorkeling in the Caribbean. 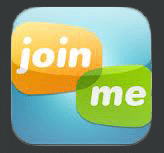 LastPass is a password manager that will make your life carefree. With LastPass, you will live happily ever after.